Drive-in Bingo Brings Cars to the Yard in Windsor 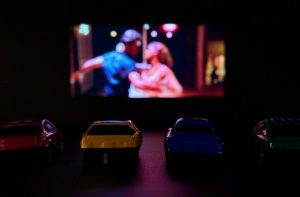 In an innovative step meant to ward off the coronavirus blues from gambling houses, Windsor, Ontario, has introduced drive-in bingos, where players can keep a safe social distance and have fun.

The spanking new All-Star Gaming Centre in Windsor has brought new hope to thousands of disillusioned bingo players who’ve had to shelve away their playing coupons due to the ongoing coronavirus pandemic.  The new centre offers Parking Lot Bingo, an innovative gambling concept that allows players to enjoy bingo while adhering to strict social distancing requirements.

The first event, which took place on 4 July, attracted over 450 players eager to try out their luck.  Since the middle of March, traditional bingo tournaments and other forms of gambling have been prohibited, on various levels, across the Canadian provinces.  During this period, most bingo players turned to online gambling as the only viable alternative to the existing ban.

The gaming centre is equipped with a spacious parking lot that’s a superb venue for organising drive-in bingo events.  Naturally, the inspiration for the idea stemmed from drive-in cinemas, where both social distancing and participation in a single activity can take place.

The tournaments are supervised by the Community Gaming and Entertainment Group, which oversees all charitable gaming across Windsor.  According to Tony Rosa, the president of the group, something like this needed to happen since people were desperate for a bit of gaming fun to look forward to during these difficult times.

The second round of this innovative bingo competition took place on 11 July.  Once again, hundreds of bingo enthusiasts made their way to the parking lot in their vehicles, tuning in their radios to a corresponding FM frequency to listen to the broadcaster announce the numbers.  Those fortunate few who had lady luck on their side were asked to honk their horns instead of yelling the traditional “bingo!”.

The game organisers used email and social media platforms to market the event.  The events are proving to be such a hit with the locals, that the July game calendar has already been fixed.  The proceeds of these tournaments are directed towards 80 charitable organisations that have struggled financially over the past four months due to the ban on games for charity.