Difference Between Gambling in North America vs Europe 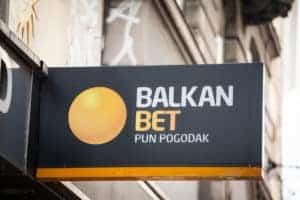 With the changing market conditions, the core of online gambling operations seems to be shifting slowly from Europe to North America, making the US and Canadian markets a potential force to be reckoned with in the near future.

Despite the ongoing disruptions caused by the global pandemic, the revenue pulled in by the online gambling market segment continues to rise.  With the current growth trajectory, the market is expected to be valued on a multi-billion scale by 2023.  This growth has further been spurred on by more people choosing to move away from the traditional brick-and-mortar casinos in favour of online gambling.

With the rapid advancements in technology, online casinos are ready to cash in on the boom that is making their websites far more accessible than they were before.  Backing this trend, a recent study revealed that 61% of online casino revenue comes from online bets, with over 70% coming from bets placed over a mobile communication device.

Although the first places that spring to mind when we think of gambling are destinations like Las Vegas and Macao, the online gambling market segment’s growth has originated mainly in Europe.

The question remains whether the old continent will maintain its market pull over the coming years.  Alternatively, will the North American market react to the latest social upheavals and become a force to be reckoned with within the online casino industry?

Canada Establishing Itself as a Major Player

Applying a slightly different approach to the US model, Canada has relatively quickly positioned itself as a significant player in the online casino industry segment.  Government data suggests that 60% of Canadians over the age of 18 gamble, spearheading an exponential rise in revenue over the past decade.

Currently, the biggest challenge to the Canadian market remains the local casinos’ ability to attract the millennial age demographic, with half of that segment claiming not to spend any money on gambling.  However, Canada still coins in over CA$17 billion annually from gambling, and this figure continues to increase each year.

Europe Still at the Forefront

Despite the up-and-coming Canadian market catching the attention of major online casino websites, Europe remains the industry trailblazer.  In 2018 alone, over €22 billion was generated by the online casinos, which is substantial considering that Europe holds a 50% share of the entire global online gambling market.

Traditionally, sports betting continues to be the most popular form of online gambling in Europe, making up 40% of the overall market segment revenue.  However, online casinos are gradually catching up, currently contributing 32% of all online gambling income.  Ultimately, that figure is expected to increase as online casinos continue to penetrate the less saturated European markets.

European supremacy over the online gambling industry is heavily weighed by the United Kingdom, where a third of the population gamble at least weekly.  Additionally, the UK gambling industry revenue exceeded £14 billion in 2019.  This sizeable sum resulted from local online casinos’ excellent performance, whose income is currently three times higher than that of the local land-based casinos.

For North American markets to pose any challenge to European dominance, the focus will need to be directed towards online gambling.  Revenue from land-based casino venues, such as Las Vegas, still contribute most of the overall gambling revenue.

On the other hand, even though the UK leads the way in the European online gambling arena, it is by no means the sole market contributor to the continent’s massive revenues.  Ireland has traditionally held an association with gambling through its casino, and sports betting and has recently developed an interest for online gambling.

There has also been a considerable uptake of online casino players in markets such as Norway, Finland and Italy – countries that are generally not associated with gambling. Such potential to expand into untapped markets illustrates the local online casino industry’s reach across Europe.

Ultimately, the online gambling industry is on the rise on both sides of the Atlantic.  With both the European and the North American markets having the potential to grow further, it will be a tight race in the years to come to who will hold the crown.  Until then, gamblers will continue to be spoiled for choice on both sides of the pond.