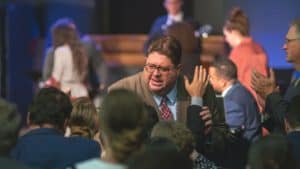 The Cullen Commission of Enquiry into money laundering in British Columbia witnessed some heated cross exchanges between various parties that were requested to testify.

The latest set of deliberations at the Cullen Commission heard testimony from Bruce Wallace, the manager of strategic policy and reviews at the Financial Transactions and Reports Analysis Centre of Canada.

According to Wallace, large cash transactions that are often handled by lawyers can result in money laundering.  He particularly mentioned real-estate transactions, the size of which often makes lawyers exposed to criminals and washing of dirty money.  As of 2020, lawyers have been exempted from the anti-money laundering legislation, thanks to the efforts of Federation of Law Societies of Canada.

New Federal Legislation on the Cards

As it stands, should a player bring more than CA$10,000 to gamble, the casino is obliged to report such transaction and request further investigation.  However, when it comes to law firms, this provision is not required to be followed.

Frederica Wilson, the Executive Director of Policy and Public Affairs, noted that money laundering is a regrettable practice which is taken seriously by the Federation of Law Societies of Canada.  She added that the federal administration is currently working on new legislation that aims to assist lawyers with day-to-day cash transactions.

The commission also saw some much-anticipated cross-examinations.  Former British Columbia solicitor general, Kash Heed, was given the right to cross-examine Fred Pinnock, the former commander of the British Columbia Anti-Illegal Gaming Unit.  This relates to hearings attended by Pinnock at the beginning of November and statements that were made by him then.

During his testimony, Pinnock revealed a private conversation that he had in 2009, where Heed allegedly accused the then minister responsible for gambling, Rich Coleman, of focusing solely on gaming revenue and not on regulatory principles.

According to Heed, the alleged comments were never made by him since he had no insider knowledge at the time upon which to base them on.  To date, the recorded conversations have not been released publicly, since the commission head, Austin Cullen, wishes to hear more submissions on the subject matter first.