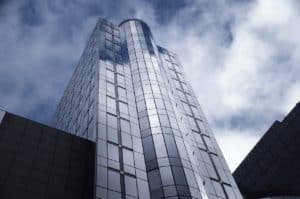 Commissioners at the Cullen Commission of Inquiry in British Columbia were told that the commission’s jurisdiction is limited when it comes to money laundering and compliance issues being investigated at some of Canada’s top banks.

The Cullen Commission, headed by justice Austin Cullen, was set up by the provincial government of British Columbia in February 2020 to investigate claims of local casinos facilitating cash laundering.  In the latest move, the body shifted all its hearings into a private mode, due to allegedly sensitive depositions relating to “typologies and methods of money laundering” being heard.  The latest evidence relates to novelle state-of-the-art technologies used by top banks.

Over the last couple of months, the commission was seen to drag casinos, real-estate companies, ATM operators and lawyers through the mud.  However, their interaction with the banking sector has seen a noticeable shift in their approach.

A 2018 report from the Royal Canadian Mounted Police (RCMP) informed the authorities that it came across over three thousand anonymous bank drats, totalling CA$3 million.  The drafts were negotiated through casinos in British Columbia at 98%, from the big six banks in Canada.

Bank drats represent secure payments that are guaranteed by the issuing banks.  A draft amount is withdrawn from the customer account and is held in a general ledger until that draft is cashed.

Nicholas Isaac, Cullen Commission’s Associate Counsel, stated that the two top banks, led by Toronto-Dominion Bank, accounted for 66% of the total drafts value, or 63% of the negotiated value, estimated at C$100 million.

Since the RCMP suspected that these bank drafts might be part of a money-laundering scheme, other banks like HSBC Canada immediately instructed their tellers to fill in draft purchasers’ names on the drafts.  However, Toronto-Dominion Bank did not take any action for over two years, during which it processed an additional CA$27 million of anonymous drafts.

Witnesses Are Confident to the Ambit of the Summons

Cullen elaborated that the commission is limited within its jurisdiction and was getting into legal areas where it simply had no power to do anything.  This palpable lack of legal force was pounded upon by the Government of Canada’s representative at the hearings, justice Jan Brongers.  Brongers outlined the legal intricacy of the question, the complexity of which Cullen already flagged in the interim report submitted to the inquiry participants.

According to documents that were tendered to the inquiry, but not made public, the RCMP instigated Project Athena in 2018, under which police officers were given the go-ahead to hold meetings with the representatives of the big six banks.

During these meetings, the RCMP requested that the banks be on the lookout for individuals that they were monitoring and report any suspicious transactions to Fintrac so that a police investigation could be triggered.  Additionally, the police requested that all drafts issued by the banks feature purchasers’ names.

According to evidence, Toronto-Dominion Bank was asked to comply with the request or risk becoming an outlier bank.  However, Bowman stated that he only heard about the issue in December 2019.  He further noted that the demand for the exchange of information ignored privacy and legal concerns, which made it unacceptable within the limitations of Canada’s privacy legislation.  It was only on 14 September 2020 that Toronto-Dominion Bank started to add purchasers’ names to its drafts manually.

From the given evidence, it can be deduced that the big six banks in Canada powered the money flow through British Columbia casinos, likely facilitating money laundering events in the process.  Regrettably, the British Columbia government has responded by setting up an impotent commission that has a questionable jurisdiction to get to the bottom of the problem and inform the public. And, depending on how the jurisdiction issue is solved, the public may never really know.