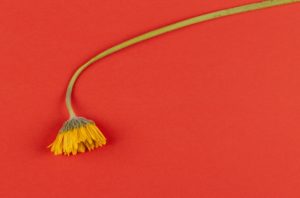 During his second day of testimony, Robert Kroeker, the former British Columbia Lottery Corporation (BCLC) vice president, broke down while explaining his experiences during his tenure at this Crown Corporation.

Kroeker requested some time to contain his emotions and recollect his though, during his deposition.  However, his voice cracked when he began discussing the money laundering activities that transpired underneath his nose.  Kroeker added that his experience was devastating on him and his team since they were helpless in light of the issues at hand.

Where Does the Blame Fall?

According to the former RCMP gaming investigator, Larry van der Graaf, BCLC turned a blind eye to money-laundering activities for over a decade.  Van den Graaf added that large and suspicious sums of money had been used at the local casinos since 2007.

The lawyer representing the government of British Columbia, Jacqueline Hughes, asked Robert Kroeker whether the BCLC was aware of these suspicious sums of money, to which he responded positively.

Kroeker added that the British Columbia attorney-general, David Eby, started to deflect his attention away for anti-corruption activities from 2017.  Kroeker said that Eby even ridiculed a report by an anti-money-laundering official purely on the base of that official’s name.  To this, Eby’s office responded that the attorney-general’s antigraft activities “speak for themselves”.

Another set of evidence that emerged during the latest hearings was that an organised Asian crime group became too powerful after 2010, making any investigation at the time too dangerous for the authorities.  Reports suggest that the crime syndicate was laundering over CA$200 million annually, with the help of casino officials and large amounts of CA$20 bills.