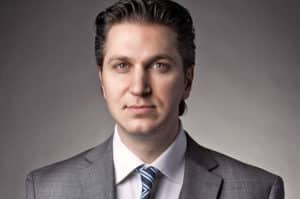 David Baazov, a key shareholder and CEO of PokerStars’ parent company, Amaya, has been charged with insider trading in Canada.

In a move that is predicted to cause a ripple effect across Canada’s online gambling industry, the Quebec Securities Regulatory Agency has laid charges against Amaya CEO David Baazov.  Baazov is implicated in using privileged information in the weeks prior to the takeover of PokerStars by Amaya in June 2014.

If proven guilty, Baazov could face a fine of CA$5 million and up to five years behind bars.  The filed papers relate to suspicious trading patterns prior to the CA$4,9 billion takeover of PokerStars by Amaya.

AMF, the financial regulatory body of Quebec, filed proceedings against Baazov, as well as two other individuals and three companies. The charges relate to communicating privileged information, attempting to influence Amaya’s securities market price, and aiding in trades while possessing confidential information.

Among the accused is Benjamin Ahdoot, a close friend of Baazov and the vice president of Amaya’s government projects. Ahdoot’s professional relationship with Baazov stretches back to the nineties when the two formed a computing company, Vortek Systems.  The company was eventually shut down after a Canadian federal judge ruled that it held back from paying copying levies for audio disks it sold, which is a violation of Canada’s copyright laws.

A further co-accused, Yoel Altman, is a chartered accountant and a long-standing strategic adviser to Baazov.  The three companies under investigation in this case are Sababa Consulting, Diocles Capital, an investment company that took part in Amaya’s purchase of Cryptologic in 2012, and Ontario Inc., a biopharmaceutical company.  It remains unclear how the three businesses are connected to Baazov in relation to the insider trading charges.

Baazov Denies Charges Levelled Against Him

During a raid of Amaya’s offices in December 2014, AMF seized laptops, as well as email and telephone records of three high-ranking company officials, including Baazov and his then-chief financial officer, Daniel Sebag.

Amaya had been listed on the Toronto Stock Exchange since 2013, although its share performance remained lacklustre.  However, this all changed in May 2014, weeks ahead of the surprise announcement of Amaya’s leveraged takeover of Oldford Group, the owners of PokerStars.  During a relatively short period, Amaya share price doubled, shooting up as much as 14 per cent in one day alone.

Baazov, along with few other Amaya executives, recently expressed their desire to take the company private.  In response to the charges brought against him, Baazov voiced his disappointment with the investigation findings, stating that he intends to “vigorously contest these false charges”.

Amaya, which has not been charged with any violations, has stood firmly by its CEO.

“Amaya does not anticipate the charges will have any impact on the management or day-to-day affairs of the operating business,” said an official company statement. “Operations continue as usual, and there will be no change to the PokerStars or Full Tilt product offerings, either in customer experience, player fund security or game integrity.”

It remains to be seen whether the New Jersey Division of Gaming Enforcement agrees with this assessment, with PokerStars recently launching its full site in the state.  The Garden State’s gambling regulatory body has not looked kindly upon any sort of transgressions in the past, but is likely to hold back from acting before they see how the case plays out.

Levi and Korsinsky LLP, a New York law firm that bills itself as setting “ground-breaking legal precedents in high-stakes securities and class action lawsuits throughout the country”, has informed shareholders of “possible violations of federal securities laws by the Company and/or certain officers and directors”. While no legal action has yet been announced in the United States, it now seems possible that this could be in the pipeline.