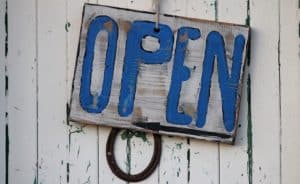 After being shut down for almost a year due to the unprecedented situation caused by the global pandemic, Casino New Brunswick is on the mend, relaunching operations on 12 February.

The last year has not been kind to the gambling industry, with many large casino complexes forced to shut their doors for protracted periods of time.  Casino New Brunswick was no exception, having had to close shop with other casinos under the jurisdiction of Great Canadian Gaming.

However, a recent announcement by the Great Canadian Gaming put a smile on the dial of many local New Brunswick punters after it was revealed that Casino New Brunswick would start welcoming guests again from 12 February.  The reopening comes with certain mandatory preconditions regarding health and safety protocols, to safeguard both the employees and the patrons.

The reopening of Casino New Brunswick comes on the back of a directive issued by the provincial government of New Brunswick on 8 February, aimed at restarting the economy and partially lifting the stay-at-home measures.

According to the new set of relaxed restrictions, casinos will operate with a maximum capacity of 50 players at a time, with a limited selection of slot machines and table games.

As a result, three of the Great Canadian Gaming’s casinos in the area have now opened for business, the other two being Sydney and Halifax casinos in Nova Scotia.

Status of Other Casinos

The Future of Great Canadian Gaming

In a recent move, the Supreme Court of British Columbia has granted the Great Canadian Gaming Corporation the approval for an acquisition proposal led by the US-based Apollo Global Management.  The agreed price was set at CA$45 per share, meaning that Apollo Global Management will have to pay in the region of CA$2,5 billion for the corporation’s takeover in its entirety.