Canadian Punters to Cash in on US Presidential Race 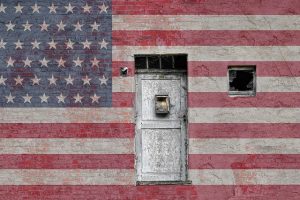 With just a few short months to go before the US presidential race, the battle lines have been drawn on the other side of our border.  While the rest of the world waits with bated breath to see whether Bernie, Biden or Trump will steer the reins of the world’s largest economy post-January 2021, some industrious punters in Canada have seen this as an opportunity to place their money on a yet to be determined winner.

British Columbia Lottery Corporation is one place where you can turn to if you are a Canadian who wishes to bet on US politics.  Not only can you wager your money on who the old/new resident of the White House might be from January 2021, but you can also try your luck with the Democratic and Republican presidential nominations, the latter having an expected outcome.

What are the Odds for US Presidential Race Betting?

While many of us have friends and family south of the border, for many Canucks, this presents an excellent opportunity to cash on some winnings, even though they might not typically follow American political monkeyshines.  And, as it stands, the majority of our players are putting their bets for the grand finale on either the incumbent Donald Trump or his Democratic Party opponent, Joe Biden.

According to the British Colombia Lottery Corporation, the odds seemed to be stacked in favour of Biden.  His initial odds of 10 to 1 quickly improved to a high of 2 to 17, making him the clear favourite in the Democratic camp.  On the other hand, Bernie Sanders’s probability of a win plummeted from 5/6 to 6/1 odds.

How are Canadian Punters Betting on US Presidential Race?

While only 11.5% of British Columbia punters appear to be putting their money on Biden for the Democratic nominations, a much larger group of 34% have rallied behind Sanders.  With the odds stacked up against Sanders, the victory would bring considerable winnings to those who have bet for him.

As for the actual elections that are scheduled to take place this November, Donald Trump remains the favourite, with odds of two to three.  This puts him well ahead of Biden, whose odds are three to two, as well as Sanders, who is statistically positioned lower at odds of thirteen to one.  In total, 46.5% of bets are on the re-election of Donald Trump.

Looking at the uptake of new punters, the British Columbia Lottery Corporation is reporting that US politics are fast becoming one of the most popular novelty bets on its website.  This type of betting deviates from the traditional sports betting that is more prevalent and shifts betting topics to current mainstream events and watercooler issues.  Another recent betting cycle took place in 2019, where local Canadian punters put their money down on whether Trump will be impeached or not.

While betting houses are best known for their traditional line of work that covers sports betting, many have embarked on diversifying their service range and offering bets on other relevant events and topics of interest.  British Columbia Lottery Corporation introduced novelty betting that covered the US election process in 2014 and was, at the time, the only Canadian authority that allowed bets on American politics.  Following this trend, Canadian punters are bound to see many more betting options soon, on which they can wager their money.