Canada on the Threshold of Legalising Single-Game Sports Betting 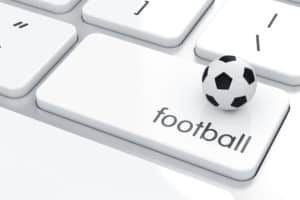 Canada is on the brink of a wagering revolution, with the bill that proposes single-game betting being approved in a House of Commons vote.

Canadian punters are one step closer to a long-awaited dream of being allowed to bet on single games.  The Canadian House of Commons has approved Bill C-218, unbanning single-event sports wagers.  Local punters, who have for years been skipping the border to bet on single events such as the Super Bowl, will soon be able to do the same at home.

This legalisation also represents a boon for the local Canadian casino operators, allowing them to diversify their betting offering.  Following the bill’s clearing in the House of Commons, the proposed legislation has been sent to the Senate for its final stamp of approval.

If approved, the bill will authorise an amendment to the Criminal Code of Canada.  The House of Commons also plans to vote on Bill C-13, a federal government bill supporting single-game wagers.  The enactment of both bills is expected to make the Canadian sports betting market segment more competitive.  Additionally, hundreds of millions of dollars of extra revenue are expected to come out of this deregulation.

Paul Burns, the CEO and President of the Canadian Gaming Association, congratulated the legislators involved in getting the bill to the Standing Committee on Justice and Human Rights for reassessment.  The bill was initially introduced on 25 November, and all eyes are now on the Senate, which has once before turned down a similar bill after the Commons greenlighted the same.

Alberta Gaming Liquor and Cannabis authority voiced its support for the proposed bill, forecasting that the legalisation will bring in significant revenue to the state coffers.  The amended legislation is also expected to provide punters with a safer gambling environment.

The BCLC is also standing firmly behind the new bill, noting that the shift in gambling rules is expected to generate an additional CA$125 million in extra revenue.  The move will allow the company to attract additional players who are currently pouring millions of dollars into offshore websites instead of the local economy.