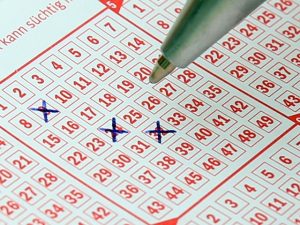 Getting all your numbers right in a game of lotto is not a simple feat.  You genuinely have to have the luck of the Irish to get all your picks to align with the winning combination.  Sometimes, the main prize becomes so elusive that it takes round upon round of draws before a lucky fish hooks the jackpot.

A British Columbia pharmacist can thank his lucky stars for managing to score a grand prize of CA$16,4 million during a recent draw of the Lotto 6/49.  Tibor Tusnady, who was born in Hungary, but is now a permanent resident of White Rock, British Columbia, couldn’t believe his eyes when the winning combination came up on his smartphone screen.  It took him several times to check and recheck the winning number, before officially acknowledging that he is Canada’s newest millionaire.

Tibor Tusnady happened to be sitting on his toilet and googling through the latest news when he came across his fantastic win from the 15 April Lotto 6/49 draw.  According to Tusnady, it was not the most glamourous way to learn of such important news, so he took everything with a bit of reservation.  However, after numerous rechecks, the celebratory feeling set in.

Tusnady ended up being in such a shock and disbelief, that he went to bed that night without telling anybody of his lucky strike.  The following morning, after checking the combination of numbers yet again, he approached his wife to tell her the good news.  At first, Mrs Tusnady thought that her husband was joking.  However, when she realised that he was serious, she took it upon herself to verify the combination.  After going over the winning numbers a few times herself, she ecstatically embraced her husband.

Winning a Lotto Jackpot in the Time of Coronavirus

While the handover of the prize was now all but a formality, the question arose how this would even take place, considering the strict social distancing rules imposed by the government due to the ongoing COVID-19 pandemic were in place.

Greg Moore, the British Columbia Lottery Corporation CEO, devised an ingenious way of handing Tibor his well-deserved cheque.  During an event ceremony that was live-streamed via Facebook on 28 April, Moore handed Tusnady a giant cheque to the value of CA$16,4 million on a hockey stick.  Like this, no physical distance regulations were contravened, and everyone who watched the live stream got to see the delighted winner and his prize.

Overseas Trips First on the Cards

With so much money on his bank account, Tusnady is already making plans of how to spend it in the best possible way.  The current isolation rules are not conducive to travel, but our jackpot winner has already put together a busy itinerary for when the restrictions are eased.

“Obviously we will stay at home for the time being. We are ready to make plans, and we have plans to help our relatives, and that’s very important, and we can start doing that very soon,” he said.

When it comes to visiting new frontiers, South America is on top of his bucket list, with a trip to both Uruguay and Argentina being planned.  When asked how he plans to travel with his wife down south, he was adamant that it would be by flying first class.

Perseverance Pays Out in the End

Tusnady has been playing the lottery since an early age.  He brought his first lotto ticket in Hungary when he was just 15 years old.  Ever since then, he has been a diehard lotto enthusiast, scratching off combinations of numbers regularly.

Tusnady has worked as a pharmacist for 38 years and never took a day off sick.  However, in June 2018 he was diagnosed with prostate cancer, which unexpectedly brought his professional career to an end.  Tibor spent the next year and a half locking horns with the disease and was relieved to learn that he was cancer-free at the beginning of this year.

According to Tuscany, after a rollercoaster two years, he is now ready to take a little rest.  We hope that the lotto win comes in handy and brings him many more joyful years ahead.