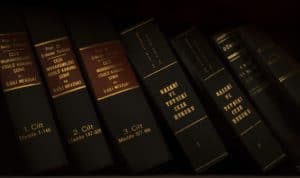 In the latest testimony, the Cullen Commission heard from the executive director of investigations at the British Columbia Lottery Corporation (BCLC), Cary Skrine, that the former Crown Corporation vice president sought “looser rules” from the anti-money-laundering team.

The latest testimony at the Cullen Commission saw the former British Columbia Lottery Corporation vice president, Robert Kroeker, being accused of seeking the loosen the rules in the anti-money-laundering team.  The allegations were levelled against Kroaker by Cary Skrine, the current executive director of investigations at the British Columbia Lottery Corporation (BCLC).

However, the commission found that such allegations were not sufficiently substantiated due to lack of evidence.  According to Skrine, Kroeker asked the anti-money laundering team to relax the measures used in investigating casino cash transactions.  However, these allegations remain unsubstantiated.

In his testimony, Skrine noted that Kroeker instructed three anti-money-laundering investigators to relax their rules when performing investigations.  However, no minutes of such meeting were ever recorded, and mentioned individuals denied their presence during that meeting.

Skrine also mentioned that he notified Kroeker of evidence that bank drafts were used to launder money in British Columbia casinos.  However, according to Skrine, Kroeker didn’t consider such drafts a vulnerability to casinos in the province.

In earlier testimony, Robert Kroeker accused the British Columbia attorney-general, David Eby, of becoming disinterested in money-laundering issues from 2017 onwards.  In his words, Eby became decreasingly concerned with dealing with the problem ever since the NDP came to power in 2017.