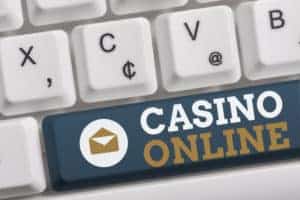 The Atlantic Lottery Corporation is currently operating an online casino in New Brunswick that allows high-value single spins that might pose a risk to gamblers.

Atlantic Lottery Corporation (ALC), which is active in Canada’s eastern provinces, has been operating an online casino in New Brunswick that allows residents to bet as much as CA$100 on a single computerised slots machine spin.  This amount goes even higher, to a dizzying CA$500 per spin, when it comes to a hand of blackjack.

In late December, Prince Edward Island’s government gave its backing for the provincial version of Atlantic Lottery Corporation’s online casino platform.  As it stands, Newfoundland and Labrador, as well as Nova Scotia, are still pondering the idea.

Safety at the Forefront of Concerns

The key government concern remains the security of offshore gambling sites.  Prince Edward Island’s finance department reiterated that a safe and regulated gambling environment is a must before any licenses get issued.

The Atlantic Lottery Corporation has reiterated that its casinos present a safe and regulated alternative to other websites.  ALC was also instrumental in wiping out the grey market that existed with the video lottery terminals in the region and helped bring that market segment into more regulated waters.

Putting an ALC stamp of approval on online gambling will help keep local money locally and slow down the outflow to offshore online gambling sites.  This is further beneficial during the current pandemic situation, where online casinos that are accessible from your home have become far more popular than the riskier in-house alternatives.

However, provincial governments are also wary that individuals who would usually never go into a casino to gamble will now be tempted to wager online.  The risk remains that these patrons will get in as deep as their credit cards permit them, and provincial governments need to think carefully of this when rolling out the new service.