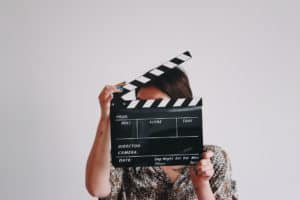 While there are a few movies that are solely dedicated to gambling, other flicks follow different storylines.  Some of these have become synonymous with gambling cinematography due to the famous quotes about wagering that feature in them.

Life is a constant gamble and, while some of us appear to be luckier than others, we can all thank our lucky stars that our circumstances aren’t worse than they are.  Even when we don’t gamble, we often tend to use gambling terminology.  Sayings like “being dealt a lousy hand” often transcend the literal meaning and carry more metaphorical connotations of misfortune.

Similarly, a visit to the movies will often expose us to quotes and quips about luck, gambling and beating the odds.  Some of these make a great soundbite, while others have a more deep-rooted meaning worthy of modern mantras.

Here are a few top movie quotes about gambling and casinos:

Even in galaxies far, far away, the local folk like to gamble.  Han Solo (Harrison Ford) is an intergalactic rambler and gambler.  Since he’s always on the run from celestial gangsters like Jabba the Hutt and gambling debts, Solo is expected to know a few wagering sayings.  Solo’s best quote is a response to droid talking about odds:

“But sir, the possibility of successfully navigating an asteroid field is approximately 3,720 to one.” – C-3PO

The Colour of Money, one of the best pool-hustling games ever created, follows the story of “Fast Eddie” Felson (Paul Newman), a retired pool hustler.  Felson, who scouts for talent, spots the potential in young Vincent Lauria (Tom Cruise), whom he takes under his wing and begins to mentor in the ways of the hustle.  The old pro justifies the reason for hustling with the following quote:

Rounders is one of the greatest cult films about gambling, in which Mike McDermott (Matt Damon) is a smooth-talking conman who can level a table full of poker pros with little effort.  His partner in crime, Lester Murphy, is in it for the quick gains and low-brow conning.  While Mike is busy sizing up his competition, his thoughts manifest the action and subtle moves going on:

“It is immoral to let a sucker keep his money.”– Mike McDermott

“If you can’t spot the sucker in the first half-hour at the table, then YOU ARE THE SUCKER.” – Mike McDermott

“You can shear a sheep many times, but skin him only once.” – Mike McDermott

In this casino heist movie, Danny Ocean (George Clooney) puts together a gang of professional cons, thieves, escape artists and grifters to rob the largest casino in Las Vegas.  Each one of the Ocean’s 11 knows his part, and Ocean delivers the film’s best quote on why these guys should risk it all to rob a casino:

“Because the house always wins. Play long enough, and you never change the stakes. The house takes you. Unless, when that perfect hand comes along, you bet, and you bet big. Then you take the house.” – Danny Ocean

In Two for the Money, Walter Abrams (Al Pacino) heads a large sports consulting agency.  Abrams links up with Brandon Lang (Matthew McConaughey), former football dynamo, who has a gift for picking winning bets.  With Lang under his wing, Abrams begins making vast sums of money, and he sums up the accompanying gambler’s rush with the following quote:

“You know the best part of the best drug in the world isn’t the high. It’s the moment just before you take it. The dice are dancing on the table. Between now and the time they stop, that’s the greatest high in the world.” – Walter Abrams

In a dystopian future, where communities are mismanaged to the point of famine, the overlords concoct a sports betting event called the Hunger Games, where all but one of the 24 contestants will perish.  The winner gets to live, and their community gets to feast like kings.  Right before the participants head off to battle it out, the announcer ushers them off with the following words:

“Happy Hunger Games, and may the odds be ever in your favour.” – Effie Trinket