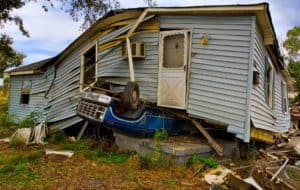 With the gambling industry being one of the most lucrative and profitable market segments globally, it’s no surprise that when a disaster strikes, many casinos are forthcoming with a helping hand.

Gambling is one of the highest revenue-generating industries globally, so it comes as no surprise that many casinos jump on the philanthropical bandwagon when a disaster strikes.   The assistance provided usually comes in the form of generous donations to the worst-hit communities and businesses.

Whether it’s a response to nature’s wrath, a mechanical accident or a terrorist attack, there have been countless times that gambling operators stepped in to cover the damages, provide emergency supplies, and accommodate the victims.

Here’re five major incidents that took place recently, where casinos came to the party and helped out.

On 28 July 2018, the seventh-most disastrous wildfire in Californian history swept through over 230,000 acres of land in the Trinity and Shasta Counties, leaving eight people dead.  The fire endured for 40 days, devastating numerous communities and resulting in the evacuation of over 38,000 people from across seven counties.

Many of those who fled had to leave behind their pets and belongings due to a lack of emergency accommodation space.  Rolling Hills Casino offered overnight accommodation to the victims and their pets in light of the unfolding tragedy.  Everything, from drinks and food, to beds, was offered to ensure that those affected are as comfortable as possible.

In 2017, two major disasters rocked Houston and the Chinese territory of Macao days apart, both of which are homes to Wynn Resorts casinos.  In Houston, Hurricane Harvey struck on 17 August, followed a few days later by a massive typhoon that slammed into Macao.  As a result, thousands of businesses and communities, as well as numerous Wynn employees and their families, were affected.

Luckily, the casino operator stepped in with a US$7,5 million relief aid donation.  Half of these funds went to Macao and the other half to Houston to fund supplies, cleaning up costs, repairs and rebuilding.

Another casino operator that showed empathy during the onslaught of Hurricane Harvey was Centaur Gaming.  To raise funds for the animals that got caught in the storm, Centaur held a weekend-long fundraiser that saw them generate thousands of dollars.  All the proceeds were then split between Texas SPCA, San Antonio Humane Society and Houston Humane Society.

The two most significant contributors were guests of the Indiana Grand Racing and Casino and Hoosier Racing Park and Casino, who collectively managed to raise US$25,000.  On top of that, Centaur Gaming made an additional donation of US$10,000 to the American Cross.

A recent disaster on 13 September 2018 saw a gas line in Massachusetts explode, causing over 80 individual fires.  The fires resulted in the evacuation of over 30,000 residents and burned down more than 40 households.  Luckily, in the end, there was only one fatality.

In response to the tragedy, Encore Boston Harbor came to the rescue with US$100,000 worth of donations to clothe, feed and accommodate those families affected by the catastrophe.  The casino operator also organised job fairs and made available 25 scholarship positions for trainee dealers.

5. Hurricane Florence (Virginia and the Carolinas)

Tragedy struck again in 2018 when Hurricane Florence moved through the Carolinas and Virginia. It was the most powerful hurricane of the 2018 Atlantic season and caused more than US$24 billion worth of damage. The force-6 storm took the lives of 54 people, injuring hundreds of others and forcing tens of thousands to evacuate their homes and leave their pets behind.

Thanks to the Ocean Resort Casino in Atlantic City, the venue sheltered thousands of victims in their 1,390 hotel rooms free of charge for a night, along with their pets and personal belongings. They also offered support to those who experienced mental health issues and trauma following the disaster.

It is said that in times of crises, a person’s true character comes to the fore.   By doing their bit for the community, the five abovementioned casinos have shown that, in the end, it’s people that matter.  With more companies like these around, the world can be a much better place.