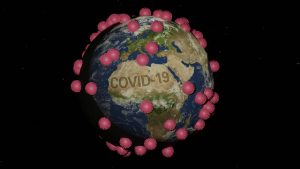 With the ongoing COVID-19 pandemic continuing to exact its toll on the global economy, there are glimmers of hope as three market segments record impressive growth.

As the stock markets continue to falter due to the persisting volatility created by COVID-19, investors have been on the lookout for safe harbours where they can park their money while the storm passes.

On the Robinhood commission-free stock investing and trading app, where both rookie and seasoned traders come together to trade, there has been a sharp increase in trade on electric vehicle stocks.  As it stands, over 10,000 day-traders are buying Tesla stocks each hour, pushing its once wobbly stock price to fresh heights.

Additionally, with more people being trapped at home due to restrictions, online gambling and sports betting, as well as streaming of esports, has grown substantially, solidifying the revenue generated by this market segment.  Finally, the biopharma behemoths are all surfing a high wave with the expectation of an impending COVID-19 vaccine being the talk of the town.

Is Online Betting the Next Multibillion Industry?

With esports and competitive video gaming gaining an impetus even before the pandemic hit, the industry was further boosted by the restrictions Imposed on traditional live sports events that saw millions of fans migrate to esports.  As a result, it is expected that the global esports industry will exceed CA$1,3 billion by the end of 2020.  Moreover, this number is predicted to rise by another 50% by 2023.

A company to look out for is FansUnite, which recently merged with the Canadian esports veteran Askott Entertainment and got launched on the Canadian Securities Exchange on 5 May.  The combined entity has CA$350 million betting volume and more than 300,000 registered members.

FansUnite offers two esports-styled casino games that it plans to release this year.  After Canada, the company is eyeing the United States for further acquisitions and a stealthy plunge into that market.

Further segment growth has resulted from a tie-up between SBTech and DraftKings.  DraftKings proved to be an outright winner in the merger, with its valuation skyrocketing to CA$17 billion within two months of the deal going live in April.  With an investor gain of 346%, the company is now valued higher than most casino giants.

The Rise of Electric Vehicles

While everyone expected the COVID-19 pandemic to hit the electric vehicle (EV) industry hard, this has not been the case.  The industry has been one of the prime benefactors of impact investing driven by climate change.

Tesla has seen its stocks surge threefold, year-to-date, which is further propelling other EV stocks.  And, as the biggest EV producer in the world, the impact of Tesla’s growth on the market segment has been favourable.   Additionally, the maker of hydrogen trucks, Nikola, has also seen its share price catapult itself by more than 60% in a matter of a month, following its reverse merger with VectoIQ in June.

And, in a ground-breaking move for the classic car industry, General Motors has launched its own brand of electric motorbikes called Ariv.  Although they might be pricey at CA$5,000 per unit, they have the feature to fold into a bag, which can revolutionise commuting in big cities like Toronto.  Similarly, Ford’s purchase of Spin has delved it into the world of scooters, although this is not the first urban transport alternative that Ford has been toying around with.

It’s a no brainer that in times of global pandemics, the ultimate big winners are the pharmaceutical giants.  With the entire world waiting with bated breath for the miracle vaccine that will return everything to normal, the pressure is on who will deliver first.

From an investing point of view, vaccine development is a lengthy process, although due to the severity of the current situation, the time has been of the essence.  Every new bit of news about the latest vaccine development breakthroughs has caused the pharma stocks to rally, and the final announcement of a vaccine is bound to send all of these through the roof.

While the overall global economy is expected to hit lows last seen following WW2, the bounceback is expected to be much quicker, taking “only” 2-3 years.  In the meantime, some industries seem to flourish under the current circumstances, in anticipation of the shift back to normality.